Salcombe Distilling Co. Is On A Mission To Bring Exceptional Taste To The World 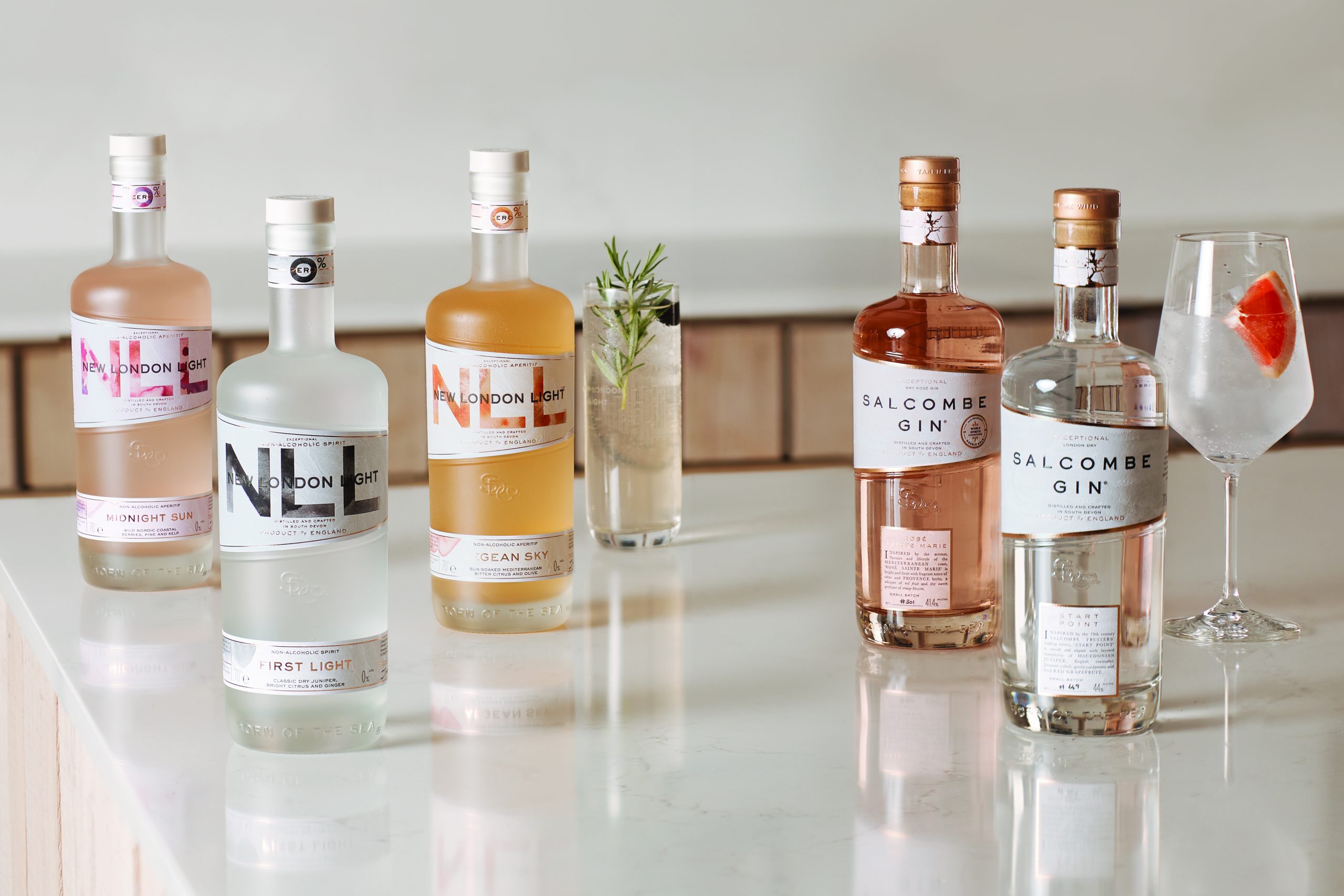 SDCo. aims to raise £5 million over the next twelve months.  The first part of this will be raised through Seedrs with ‘The Taste of Tomorrow Starts Today’ Crowdfunding Campaign, which has just launched.

Having achieved 100% growth in the last two years, made waves in the 0% spirits category, launched both its Salcombe Gin and New London Light brands in the US and created the world’s first distillery at sea, Salcombe Distilling Co.’s new crowdfunding campaign invites investors to join the next stage of this incredible journey.

Internationally acclaimed Salcombe Distilling Co. (SDCo.) has launched ‘the taste of tomorrow starts today’ crowdfunding campaign.  The highly ambitious and successful SDCo. creates two world-class spirits brands, the multi-award winning Salcombe Gin and pioneering non-alcoholic spirit and aperitif New London Light.  SDCo. is aiming to raise £5 million over the next twelve months, the first part of this through the respected Seedrs platform, to continue to grow globally with aspirations to bring exceptional taste to the world.

Interested investors who sign up now until Friday 15th April will get one week of exclusive access ahead of the opportunity going live to all.  On Tuesday 19th April the crowdfunding platform will go public and will be open for a month, closing on Thursday 19th May.  A similar process took place in 2019 when SDCo. reached its crowdfunding target in under 24 hours.  This funding has helped the company achieve an impressive 100% growth in the last two years, make waves in the 0% spirits category, launch both its Salcombe Gin and New London Light brands in the US and create the world’s first distillery at sea.

Commenting on the crowdfunding campaign, Chairman of SDCo. Dr Nick Blazquez says: ”Co-founders Angus Lugsdin and Howard Davies have built a strong business with good brands and a great team.  I’m looking forward to seeing Salcombe Gin and New London Light, in even more outlets across the UK and indeed the world.” Nick continues: “This new round of investment will enable further investment in the brands and in both organisational and production capacity.  This will drive sustainable growth for SDCo in the dynamic luxury spirits and non-alcoholic spirits sectors.  ”  Nick became Chairman of SDCo. in December 2020 having  previously worked for Diageo, the world’s leading premium drinks company, for 27 years.  Other board advisors include Chris Spalding, who began formally advising SDCo. in 2021.  Chris brings a knowledge of the global drinks business and a deep understanding of the Americas drinks business.”

Co-founder Howard says: “Angus and I started the business in 2016 and in the last six years I’m really proud to say we’ve grown rapidly with an increase in turnover of 100% in the past two years despite the global pandemic.  The funds raised in ‘the taste of tomorrow starts today’ crowdfunding campaign will allow us to take our exceptional tasting Salcombe Gin and New London Light to an even greater audience building on partnerships we’ve already established and creating exciting new ones.  We have high ambitions for continued rapid growth and with Nick in the position of Chairman, as well as this current round of funding, we have absolutely no doubt that these goals will be met.”

Angus continues: “We distribute across the UK with nationwide listings at Waitrose, Majestic Wine and John Lewis.  More recently we’ve achieved strong growth in our export markets too and now export to the United States, the Middle East, China, Singapore and across Europe as well.”  He adds: “With a plethora of awards, international listings and a superior price position, we believe that Salcombe Gin is on course to becoming the world’s number one luxury gin brand.  In addition, after launching with critical acclaim, New London Light is on a journey to lead in innovation and taste and be the only 0% spirits brand worth drinking, for people who want better.  This has recently been endorsed by gaining an exclusive partnership with Virgin Atlantic Clubhouses.”

Crafted without compromise at one of the world’s only distilleries accessible by boat, SDCo. is committed to defining a new course for sustainable luxury.  It recently launched its ‘1% for the Ocean Campaign’ paving the way for healthier oceans by donating 1% of the retail price of every bottle sold to protect and regenerate ocean habitats around the world.

SDCo. is no stranger to top awards. After Angus and Howard spent their first 18 months of operations developing their first gin, Salcombe Gin ‘Start Point’, won all the most prestigious prizes in the international world of spirits in the first year of sales.

Within six months, Salcombe Gin ‘Start Point’ had been awarded ‘Gold’ at the World Gin Awards. Four months later they were awarded ‘Double Gold’ at the San Francisco World Spirits Competition, known as the Oscars in the spirits world. This was closely followed by 3 Stars at the Great Taste Awards, the highest accolade and one of the highest recorded scores at the Beverage Tasting Institute in the US with a score of 96 out of 100. More recently ‘Rosé Sainte Marie’ was Wine Enthusiasts highest rated gin in 2021 and remains the only ‘pink’ gin in the world to have won two Double Gold medals at the San Francisco World Spirits and SIP competitions.  New London Light is following suit and was named Winner of the ‘Mindful Drinking’ category at The People’s Choice Spirits Awards 2021.

To join SDCo.’s journey as they continue to protect the oceans whilst bringing special moments of escape and luxury to all worldwide with their two world-class spirits brands Salcombe Gin and New London Light invest through Seedrs at www.salcombegin.com/invest.