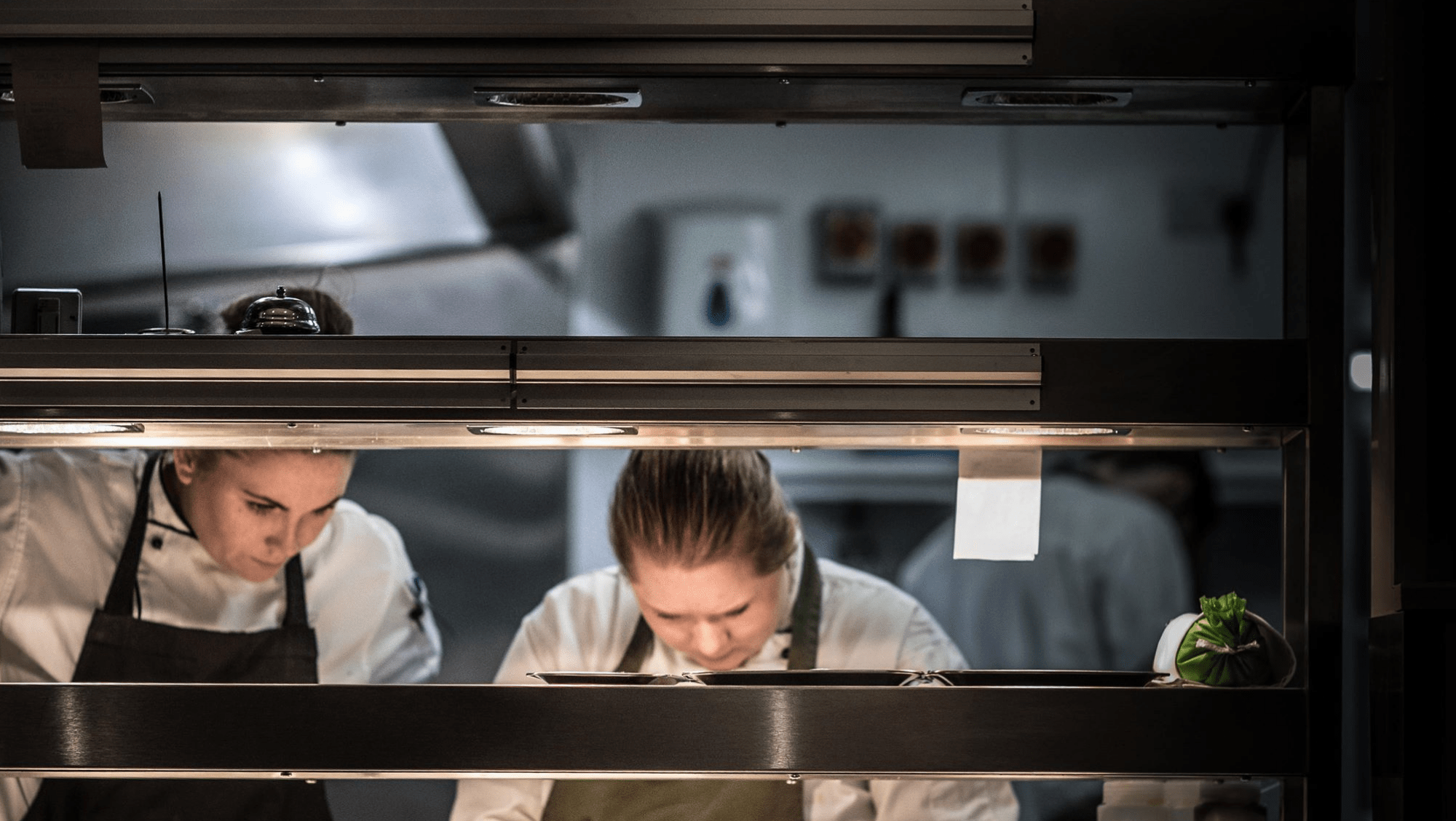 Now a global event, International Women’s Day (IWD) on March 8 celebrates women’s achievements and reinforces a commitment to women’s equality. Whether deliberate or unconscious, bias can make it difficult for women to move ahead in many professions.

At the Holland Group, Dartmouth we are in the fortunate position of having two, strong, independent women both as Head Chefs. Elly Wentworth heads up the Angel and Hannah Black, Platform 1. Leading any team in hospitality is a demanding role and we caught up with Elly and Hannah to see what the secrets of their success are and how they have managed to achieve head chef status in such a competitive industry.

Both chefs had a thorough grounding at the grass roots level, Elly started as a pot washer at The Mussel Inn in Down Thomas where she was promoted to kitchen porter, then to working in the kitchen on pastries and cakes after a chef walked out! Hannah also worked her way up through the local hospitality industry including stints as a waitress, fishmonger, and kitchen porter before being called into the kitchen to help out after a chef left unexpectedly.

Hannah travelled extensively through Asia and worked in Australia at the prestigious North Bondi Fish in Sydney, before returning to Devon. She then spent 18 months working for Elly at The Angel, Dartmouth before being offered the position of Head Chef at Platform 1. During her career Hannah has encountered customers or suppliers who ask to speak to the Head Chef and then when she says it’s her, they carry on talking to the other male chefs instead. To overcome this Hannah has had to stand her ground on many occasions and respond to a situation professionally rather than reacting to it in the heat of the moment. She believes that travelling and seeing the industry from all sides really helped her to become a stronger passionate chef.

Elly trained professionally as a chef before rising up through the ranks of several Michelin starred establishments including The Elephant, The Manor House and Lucknam Park. Armed with that wealth of experience, when she was offered the Head Chef job in Dartmouth it was too good an opportunity to turn down. Elly has always found it really important to be 100% positive in your belief that you can do whatever you set your mind to. Reaching out and sharing thoughts and ideas with colleagues within the industry is a great way to gain support; this was showcased recently with a very successful guest chef night, and more planned at the Angel.

So, what advice would they give to young female chef just starting off in the professions? Elly and Hannah are of the same view that accomplishments only come with hard work and standing up for what you believe in. They admit that you have to be tough to succeed! They both have a really strong work ethic and are not daunted by the gruelling hours required to work as head chefs. Hannah points out though that it is really important to look after yourself and find ways to maintain your mental health, which she has openly struggled with in the past. Elly agrees and thinks you have to be kind to yourself first and foremost. Other members of the strong female team at the Holland Group suggest having a mechanism for dealing with work related stress such as going for a walk, exercise, yoga whatever works for you. You need to be able to recognise your boundaries and ensure that others do too. To have a goal and build a plan is also key, as is accepting help and support when you need it.

In support of International Women’s Day The Holland Group are keen to help forge women’s equality and are proud to #BreakTheBias. 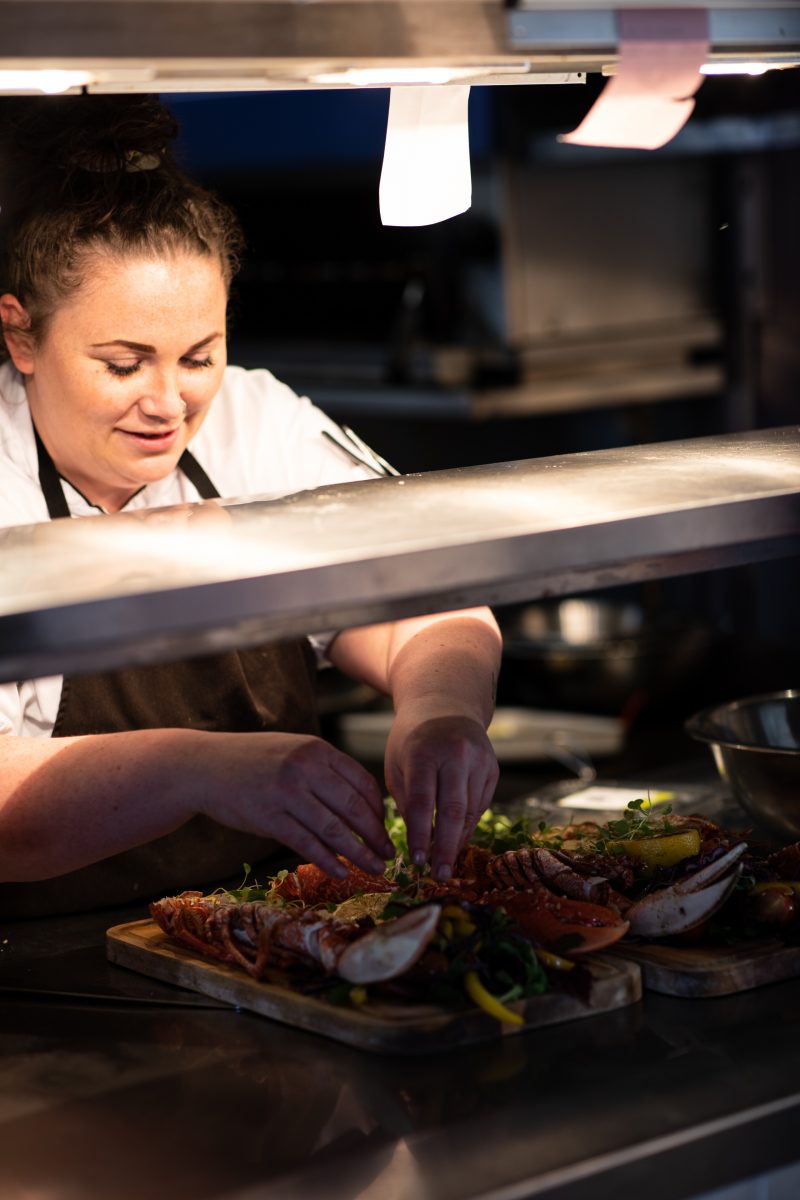 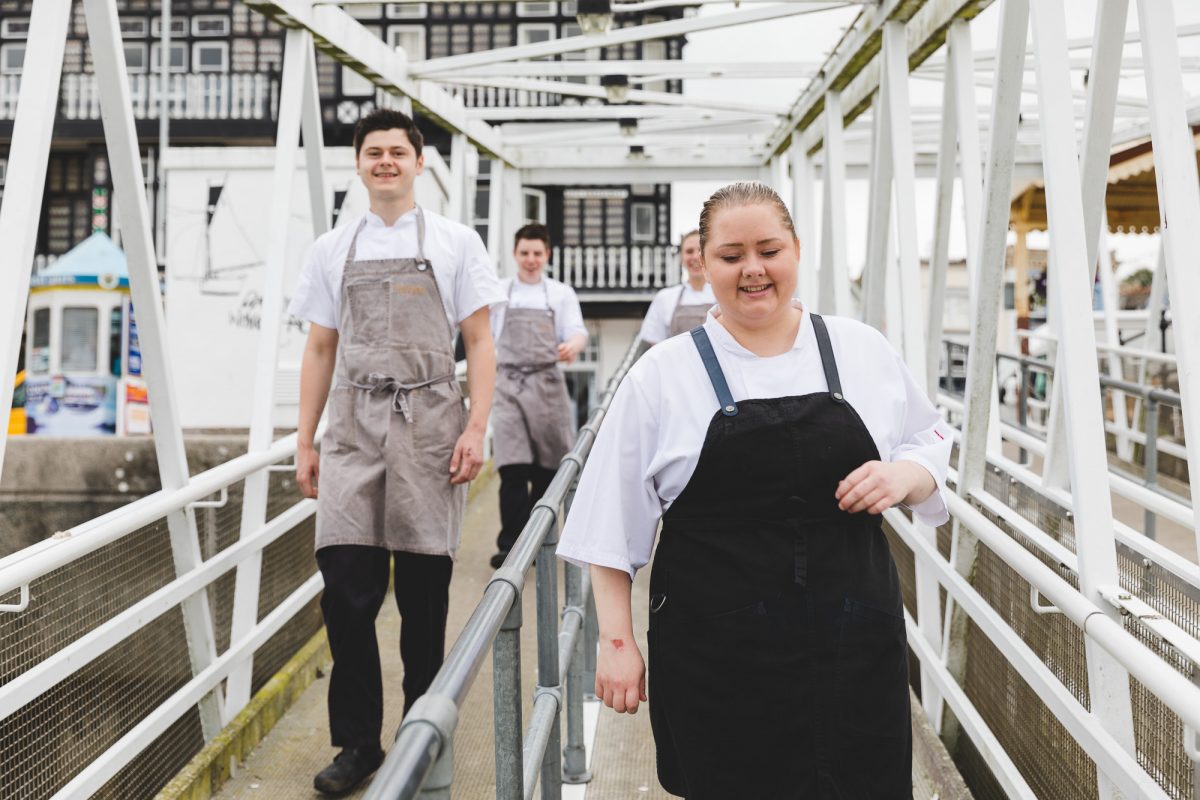 The Angel - Taste of Devon

Head Chef Elly Wentworth crafts exquisite dishes using quality, local ingredients. The Angel is located right on the River Dart in what must be one of the most spectacular settings for a restaurant in Devon. You are assured of a warm welcome in relaxed environment and coupled with our extensive wine list and unrivalled location, it is fine dining at its best.

The Angel - Taste of Devon

Head Chef Elly Wentworth crafts exquisite dishes using quality, local ingredients. The Angel is located right on the River Dart in what must be one of the most spectacular settings for a restaurant in Devon. You are assured of a warm welcome in relaxed environment and coupled with our extensive wine list and unrivalled location, it is fine dining at its best.