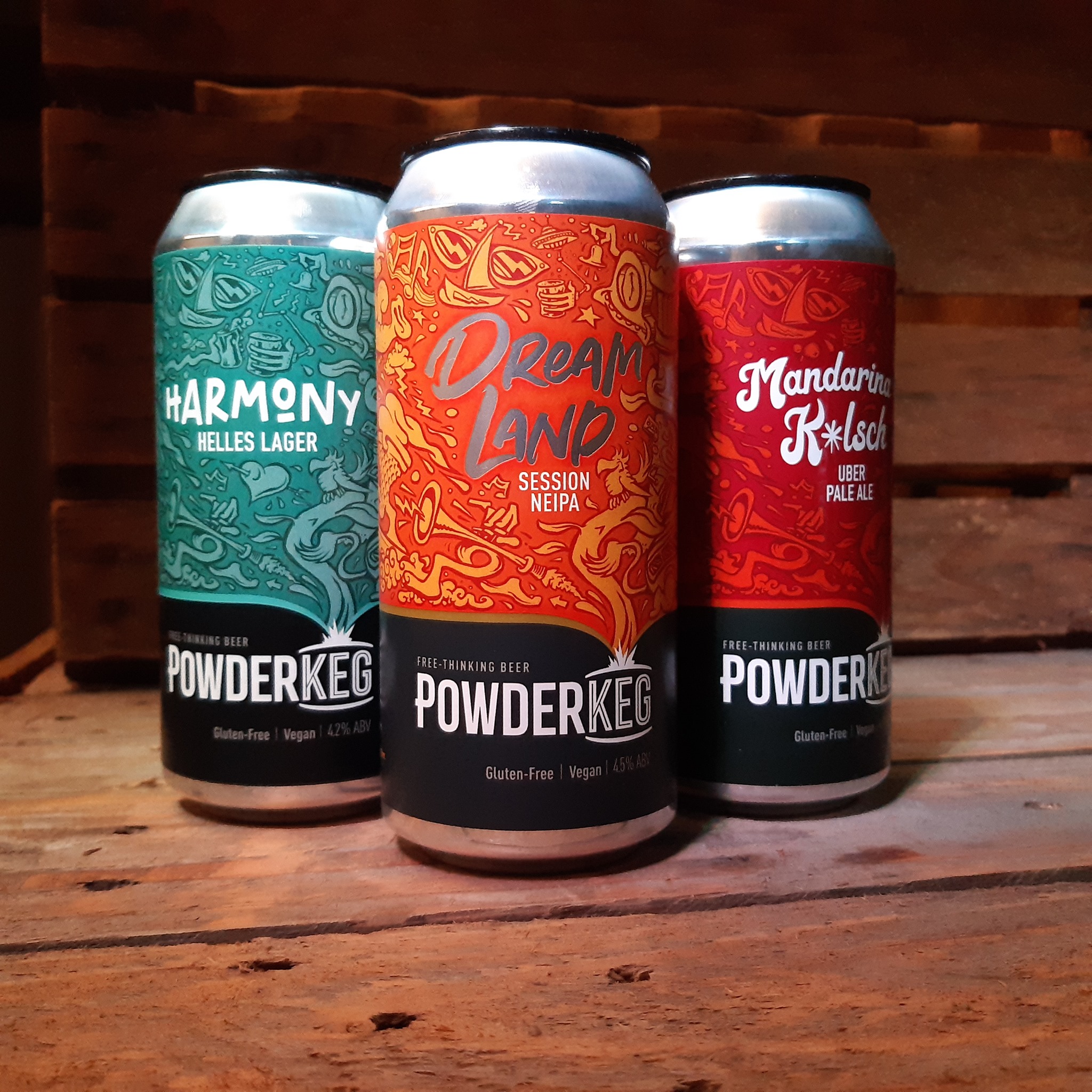 Powderkeg has captured the magic of some of their renowned keg beer offerings in a new range of tantalising 440ml cans.

Devon’s session craft specialists are expanding their packaged offering to include cult craft beers such as Mandarina K*lsch and Dream Land in can for the first time.

We felt it was the right time to expand our packaged range, and offer some of these hugely popular keg beers in cans. Our mail order and home delivery service has taken off over the last 18 months and now our customers can get hold of what were previously draught-only beers in portable form, to be enjoyed at home or outdoors.

Also, independent shops have shown such strength and adaptability, and have been an absolute lifeline for people through the pandemic so we want to support them more than ever, and hope that these new lines give customers even more reason to visit them.” says Head Of Sales Dan Poulson.

The 440ml size is a proven hit with craft beer aficionados, and makes them the perfect offering for independent craft beer and premium food and drink outlets.

The first two beers which are available now are Dream Land, the popular session NEIPA (New England style India Pale Ale) and Mandarina K*lsch, a style from Cologne which is ultra pale and has a zesty orange zing from Mandarina Bavaria hops.

Following this will be the brewery’s new 4.2% Helles lager Harmony, a crisp, perfectly tuned session lager, the hoppy might of PK IPA, and Inkling, a coffee stout made in partnership with Devon’s innovative socially conscious coffee shop and roastery, Gaia

These beers are also Vegan and Gluten-Free

The larger size cans feature stunning new artwork from illustrator and longtime collaborator Jem Panufnik, who brings the themes and stories behind the beers to life with his colourful imagination.