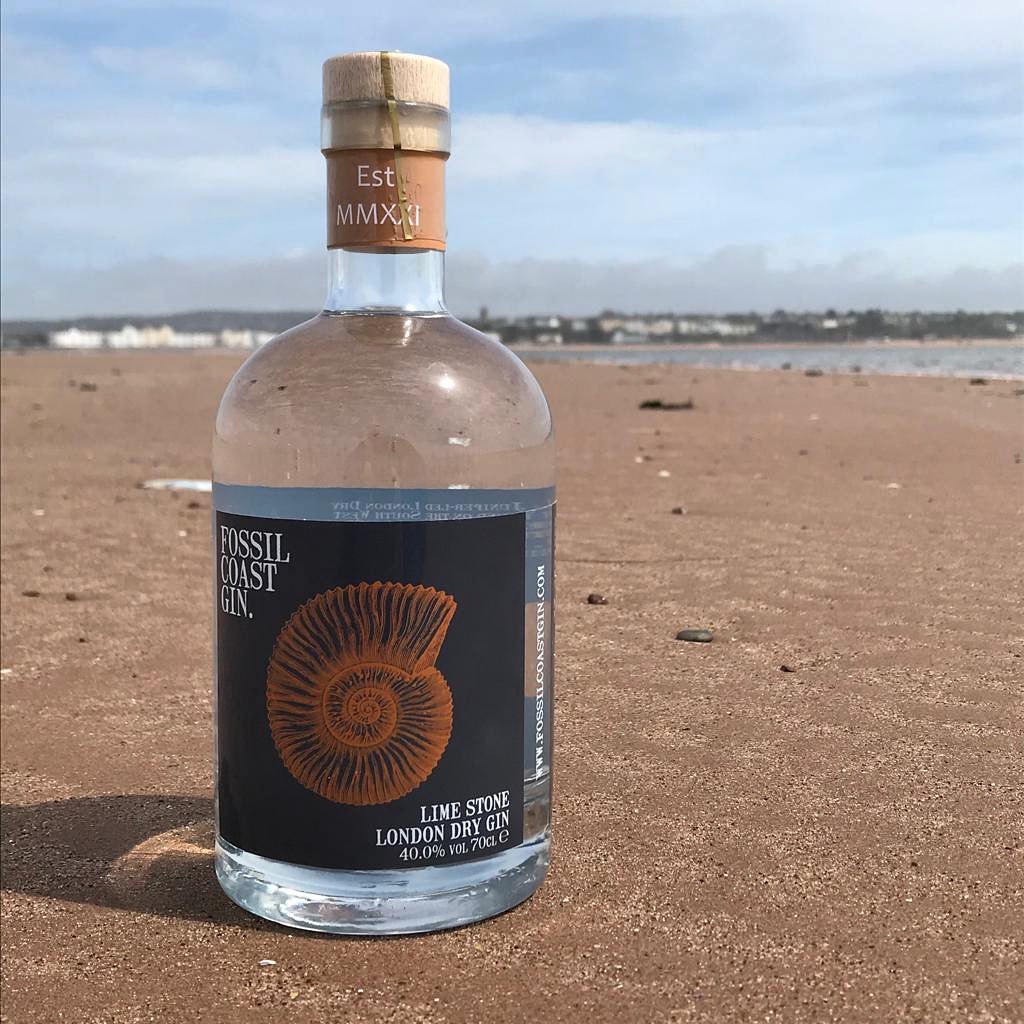 Each gin is name after a fossiliferous rock type found along the coastline marking the geological eras whereby the preserved remains, impressions or traces of any fossil are found. Fossil Coast Gin is a business partner to the Jurassic Coast Trust and is a member to Food and Drink Devon.

Accompanying these new gins is a choice of garnishes and Ammonite shaped Belgian Chocolates. Apart from having an online Gin Shop the Fossil Coast Gin website also provides a GinXtra section to make the consumer experience extra special by providing additional recommendations and services from the Jurassic Coastline.

Fossil Coast Gin was founded by father and son venture building duo Wayne and Jack Munday. Distilled in the South West of England the inspiration came from a childhood enjoyment and University field trips hunting for fossils along the Jurassic Coast.

“Both Jack and I appreciate that the spirits market is a very busy sector and that the number of distilleries in the UK has significantly grown over the last eight years. However, the drinks marketplace is always evolving and calls for innovative and creative growth approaches that influence the forces that impact price, choice and the behaviour of both producers, intermediaries and consumers” Says Wayne Munday.

Jack Munday adds, “We believe that artisan small batch distilling can still do a lot to positively contribute towards increasing the scope of British geographic indication and by focussing on finding an authentic brand origin or discovering genuine “local stories in a bottle” for distilled products for many familiar, overlooked or underrated geographic localities is a very interesting aspect of economic development. In short, we want to create an organisation that builds brands that have a positive social, economic and environmental impact on place-identity and enhances a sense of belonging and purpose”.

Fossil Coast Gin is building the brand where sustainability and traceability are core values in forging stronger bonds that help all of us to collectively feel more connected with the world. For example, the base alcohol for each gin is derived from sugar beet that acts a “break crop” from more intensively farmed arable rotations of cereal crops. Sugar beet contributes to reducing disease, pest and weed levels as well as improving soil health, plus the packaging we use is 100% recyclable.

Serendipitously, 2021 also marks the 20th anniversary of the Jurassic Coast designation as an UNESCO World Heritage Site; the 100th anniversary for the Lyme Regis Museum and the release of the film “Ammonite” starring Kate Winslet about Mary Anning an acclaimed but previously overlooked fossil hunter who still 200 years later increasingly fuels public interest in geology and palaeontology. Fossil Coast Gin is now available to buy via fossilcoastgin.com and from July it will be available from selected independent retailers, farms shops, hotels and restaurants connected with the Jurassic Coast.