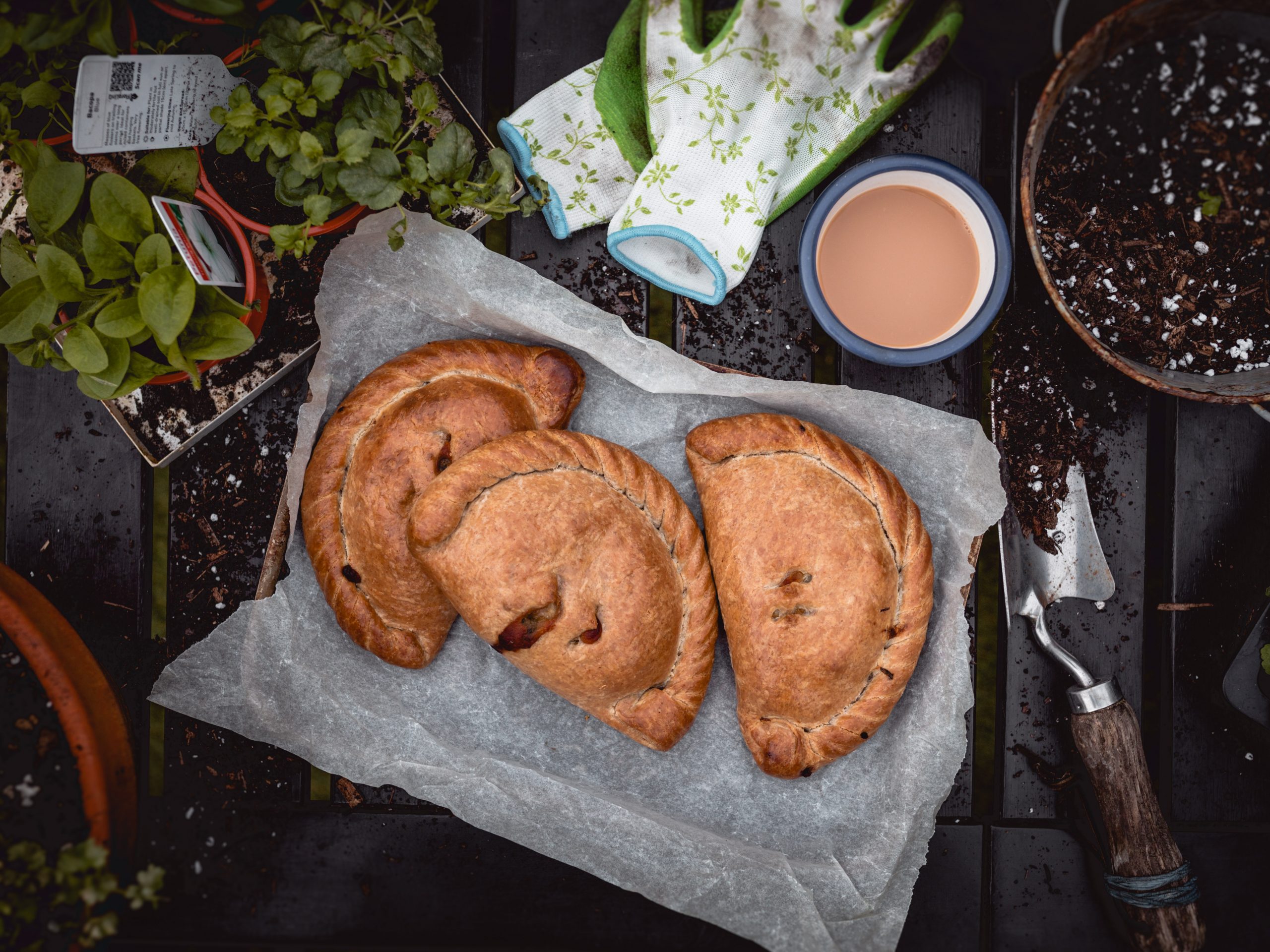 Double winners of Britain’s Best Pasty, Chunk of Devon, is bringing back the much requested Ploughman’s Pasty and brand new Vegan Ploughman’s Pasty. They will be available for nationwide delivery from 28th March from chunkofdevon.co.uk with an RRP of £3.50 per pasty – box of 8 – £28.00. Prices include free postage and packaging when ordering a box.

Simon Bryon-Edmond, head hunk at Chunk, explains: “We have been creating award-winning pies and pasties for nearly 15 years, driven by the irresistible flavour combinations. With the picnic season upon us and the promise of a staycation summer ahead, we were inspired to combine two classic English dishes to create our delectable new Ploughman’s Pasty range.”

The Ploughman’s Pasty is a shortcrust pastry case packed full of all the key ingredients of a traditional ploughman’s lunch including ham, chunks of cheddar, apple and a tangy dollop of the nation’s favourite, Branston pickle.

The Vegan Ploughman’s Pasty packs the same punch with a vegan puff pastry encasing fake bacon, vegan cheeze and apple enhanced by Branston’s famous pickle. Both pasties are guaranteed to be the star of any picnic this summer, come rain or shine.

The new Ploughman’s Pasty range will be available from 28th March from local stockists and for nationwide delivery from chunkofdevon.co.uk.