Celebrate National Tea Day With The Gift of Cake 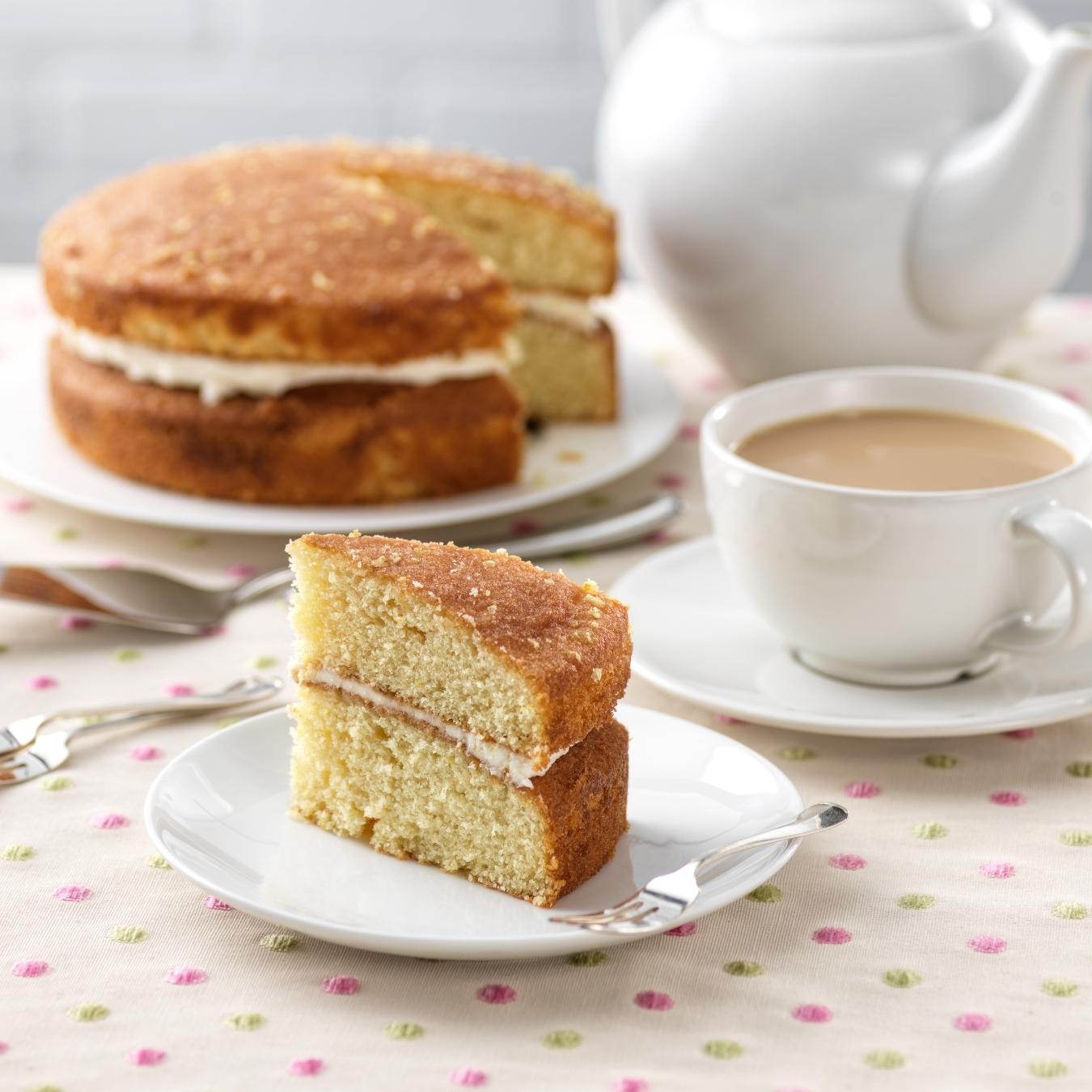 Tea and Britain, a match made!

Few things in life are as complimentary to one another than a cup of tea and a slice of cake. A pairing seemingly elemental to British life. After water, tea is the most widely consumed drink in the world. And in Britain, it’s estimated that 36 billion cups are made each year.

Tea has a long history spanning continents and empires. Made with the leaves of Camellia Sinensis native to China, where records of it’s use reach back 2000 years. Now grown in most sub-tropical regions. Tea was first introduced to the Indian subcontinent by the British in order to circumvent the Chinese monopoly over the plant.

Drinking tea in Britain is often said to be popularised by Princess Catherine of Portugal in the 17th Century. Who established the tradition of drinking tea – especially among women – in the British Royal Court, as consort to Charles II.

Tea had been popular in Europe, especially in Portugal due to Portuguese imperial conquests in the Indies. Britain eventually dominated the Tea Trade due to the monolithic status of the British East India company, who’s eventual ascendency over East Asia and subsequent pre-eminence in global trade ensured a steady supply of the nations favourite drink.

Choosing the right cakes for tea

Tea drinking was further influenced in British society when afternoon tea was introduced as a light meal in-between lunch and dinner. During the 19th century dinner was held fashionably late. Partly due the proliferation of electric lighting allowing for later meals.

Anna Maria Russell, The Duchess of Bedford, would feel weak from hunger before dinner. So began inviting friends to a light meal of afternoon tea. Usually held around 4pm, to sate her hunger.

In contemporary times, the pairing no longer necessitates a lavish ordeal, but is a universal rest bite, enjoyed by many for practically any occasion. For few rituals are more conducive to relaxion than enjoying a slice of cake with a freshly brewed cup of tea.

Which cake would you choose?

The Victoria Sponge is perhaps the most traditional pairing, especially when paired with blends of black teas, such as earl grey and English breakfast. Earl grey, typically drunk in the afternoon. Uses bergamot oil to achieve its distinctive taste.

For green tea and stronger black teas, which can be astringent to some, the sharpness of a Lemon Drizzle offers a sweet and tangy contrast, which lightens the bitter notes found in some teas.

Although, there’s no wrong choice when pairing any tea and cake.

What cake will you choose

The Gift of Cake

Nothing says ‘you’re great’ quite like a cake delivered straight to someone’s doorstep. Handmade, beautifully gift wrapped, and downright delicious. The perfect way to make someone feel extra special. If you’re looking for UK cake delivery, maybe to send a birthday cake, then take a look at our lovely range.

The Gift of Cake

Nothing says ‘you’re great’ quite like a cake delivered straight to someone’s doorstep. Handmade, beautifully gift wrapped, and downright delicious. The perfect way to make someone feel extra special. If you’re looking for UK cake delivery, maybe to send a birthday cake, then take a look at our lovely range.