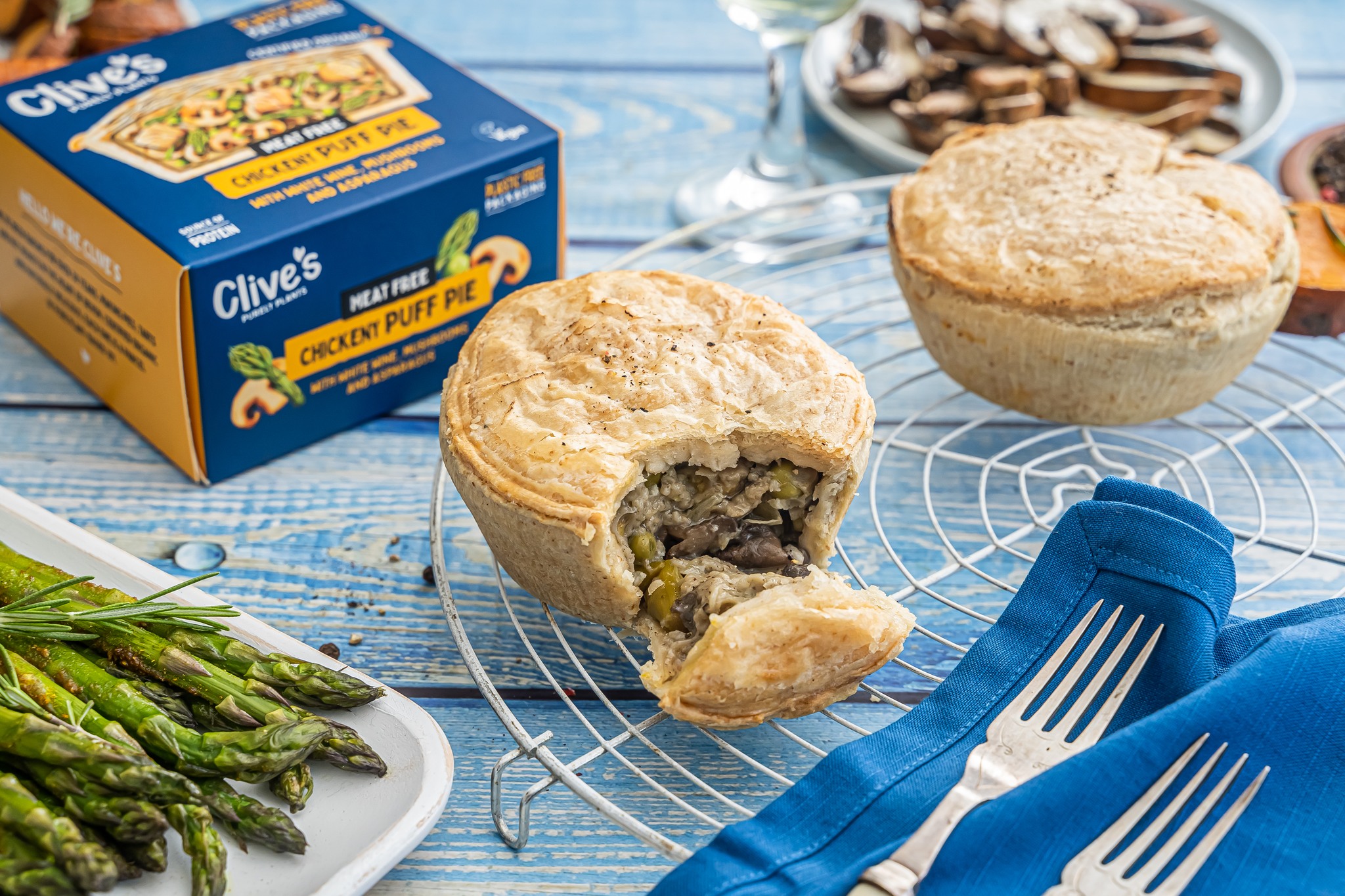 Clive’s Purely Plants (Clive’s), the 100% vegan and organic bakery based in Devon has secured deals with retail giant Asda, and the grocery chain SPAR, to make their plant-based bakes more available than ever before.

Clive’s, who started out in Buckfastleigh and now operate from new premises based in Dartmouth, has been producing plant-based food in the region since 1986. Under the new joint leadership of Managing Director Esther Pearson and vegan investment fund Veg Capital, the bakery is now making serious waves in the plant-based food sector. The new distribution will see this Devon brand available nationwide in more than 400 Asda stores including Barnstaple, Bideford, Torquay, Newton Abbot, Paignton and Plymouth. Clive’s will also soon be available in SPAR convenience stores across the South West region.

James Trower, Trading Manager at Appleby Westward Group Ltd, the wholesaler for SPAR South West said, “We’re thrilled to be launching Clive’s in SPAR. We’re committed to giving our customers fantastic quality and choice, making life as easy as possible when it comes to finding tasty meal solutions. It’s great that our customers will now be able to find delicious, locally made, organic products right there in the freezer.”

This comes at a time when Clive’s has been recognised for a number of notable awards for their plant-based bakes. Recent award wins include Best Pie/Pastry at the 2021 World Plant Based Taste Awards for their Beefy Ale Puff Pie,  a Silver Award in the 2021 Nourish Awards for their organic Nut Roast and two Bronze Awards in the 2022 British Pie Awards for their Chickeny Puff Pie and Creamy Mushroom Puff Pie. Clive’s are proud members of Food Drink Devon and are delighted to be sharing all this positive news with their regional food & drink colleagues following what has been a challenging few years.

Greg Parsons, Chair of Food Drink Devon comments: “We are thrilled Clive’s has secured listings with Asda and Spar allowing even more consumers to be able to enjoy their fabulous pies, which like all our members’ produce, represents the very best of what Devon has to offer.  It has been a tough couple of years for the food and drink industry, but with such an outstanding network of producers, hospitality businesses and retailers in our county, I am confident that the future is incredibly bright for our members.  This fantastic news from Clive’s is testament to their hard work and talent, and indicative of positive times ahead.”

Originally founded in 1986 by Clive Lowe, who began selling pies in South Devon from the back of his bicycle, Clive’s operations have grown considerably – particularly in the last five years under its new vegan ownership. Since joining Clive’s in 2018, Managing Director Esther Pearson has brought 15 new products to market and moved operations to a new food manufacturing site in Dartmouth, investing £1.2 million in the purpose-built refurbishment.

Esther Pearson, Managing Director at Clive’s says, “We’re so excited that our delicious vegan food is going to be much more available to customers. We’re contacted regularly by shoppers who want to know where they can easily buy Clive’s, so this launch with Asda, and SPAR across the South West, is fantastic news and marks a real milestone for us. We’d also like to thank all the amazing independent delis, cafes and zero waste stores across Devon who have loyally stocked Clive’s for many years. It’s a really exciting time in the plant-based sector and we’re incredibly proud to be flying the flag for our brilliant county.”

In addition to a national listing with Asda, Clive’s has been selected as one of 15 brands to be part of the Asda Nurture Programme, an incubator scheme created to help support small businesses grow. Through the Nurture Programme, an additional range of four products will be available in 72 stores across the UK and Ireland.

Ben Smith, Senior Director, Core Chilled & Frozen at Asda said, “We’re thrilled to be launching Clive’s range of delicious and easy to prepare bakes.  Everything Clive’s makes is organic, with great flavour and their packaging is 100% plastic free, so we’re really aligned when it comes to our sustainability values. It’s great to support a brand that is growing so quickly, this is what the Nurture Programme is all about.”

Clive’s vegan & organic products will be available in the Free From freezers at Asda, and in the Nurture Programme freezer at selected stores from mid-April. SPAR stored across the South West will also start stocking Clive’s from Easter onwards.

Clive’s Purely Plant’s is a Devon-based vegan bakery making ready-to-eat, plant-based bakes that use the planet’s resources with care. Everything is organic, vegan and delicious!

Clive’s Purely Plant’s is a Devon-based vegan bakery making ready-to-eat, plant-based bakes that use the planet’s resources with care. Everything is organic, vegan and delicious!