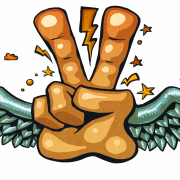 This user has not added any information to their profile yet.

Who are Powderkeg? We could say session craft beer. Or modern English ale. Creative brews and cutting edge techniques. Craftsmanship and expertise. But the best way to understand what we stand for, beyond words and pictures, is a taste and a feeling. The taste is complex, flavourful, fruity, balanced. The feeling is freedom, irreverence, curiosity, zest.

Powderkeg was set up in 2015 by husband and wife team John and Jess Magill. Inspired by the emerging world of craft beer, they wanted to take the new world hops and cutting-edge techniques and introduce them to beers that were more accessible and suited to everyday drinking.

Fast forward a few years and Powderkeg are firmly established as a brewery of renowned and beloved beers, consistent high quality and recognised on the national and international stages, with many major awards to their name.

Founded in Devon, home of much cask ale and best bitter, they wanted to shake things up, and introduce different styles and flavours to the region, as well as bringing back the keg as their preferred way to deliver beer.

"Keg is a great way to make sure that the beer in your customers' glass is as good as when it left the brewery," says head brewer and owner John Magill. Not every venue has a decent cellar, or staff that know how to care for cask ale. Those places were not really able to serve good local beer, and we want them to have that option."

The brewery also moved their packaged into cans as a way of improving sustainbility. They are lighter to transport and quicker to chill, making them more energy efficient, and the metal is endlessly recyclable. They offer branded 330ml and pint glasses as the perfect way to enjoy all the flavours and aromas.

- Speak Easy, Powderkeg’s flagship session pale ale was awarded three stars at Great Taste 2020 - awarded to the top 1% of food and drink products from over 12,000 entries.

- Cut Loose, Pk's hoppy pilsner, was awarded UK’s Best Premium Lager by the Society of Independent Brewers in 2020 to go along with a bronze at the World Beer Awards.